After the Revolution: Youth, Democracy and the Politics of Disappointment in Serbia

When student activists in Serbia helped topple dictator Slobodan Milosevic on October 5, 2000, they unexpectedly found that the post-revolutionary period brought even greater problems. How do you actually live and practice democracy in the wake of war and the shadow of a recent revolution? How do young Serbians attempt to translate the energy and excitement generated by wide scale mobilization into the slow work of building democratic institutions? Greenberg navigates through the ranks of student organizations as they transition their activism from the streets back into the halls of the university. In exploring the everyday practices of student activists—their triumphs and frustrations—After the Revolution argues that disappointment is not a failure of democracy but a fundamental feature of how people live and practice it. This fascinating book develops a critical vocabulary for the social life of disappointment with the aim of helping citizens, scholars, and policymakers worldwide escape the trap of framing new democracies as doomed to failure. 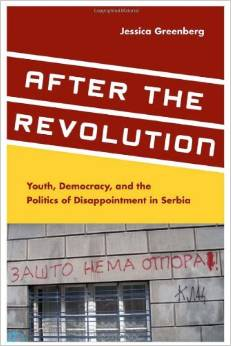 Current Affairs
History
Back to Top