Envisioning Freedom: Cinema and the Building of Modern Black Life

In Cara Caddoo’s perspective-changing study, African Americans emerge as pioneers of cinema from the 1890s to the 1920s. Across the South and Midwest, moving pictures presented in churches, lodges, and schools raised money and created shared social experiences for black urban communities. As migrants moved northward, bound for Chicago and New York, cinema moved with them. Along these routes, ministers and reformers, preaching messages of racial uplift, used moving pictures as an enticement to attract followers.

But as it gained popularity, black cinema also became controversial. Facing a losing competition with movie houses, once-supportive ministers denounced the evils of the “colored theater.” Onscreen images sparked arguments over black identity and the meaning of freedom. In 1910, when boxing champion Jack Johnson became the world’s first black movie star, representation in film vaulted to the center of black concerns about racial progress. Black leaders demanded self-representation and an end to cinematic mischaracterizations which, they charged, violated the civil rights of African Americans. In 1915, these ideas both led to the creation of an industry that produced “race films” by and for black audiences and sparked the first mass black protest movement of the twentieth century. 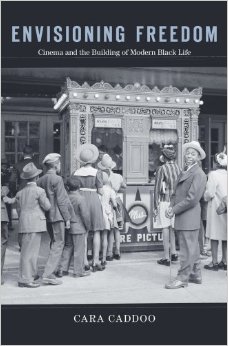