“Redolent with savory details . . . Casts new valuable insight on the complicated legacy of our founding father and the institution of slavery” (Michaela MacColl, bestselling author of Prisoners in the Palace).

Philadelphia, 1793. Hercules, President George Washington’s chef, is a fixture on the Philadelphia scene. He is famous for both his culinary prowess and for ruling his kitchen like a commanding general. He has his run of the city and earns twice the salary of an average American workingman. He wears beautiful clothes and attends the theater. But while valued by the Washingtons for his prowess in the kitchen, and rewarded far over and above even white servants, Hercules is enslaved in a city where most black Americans are free.

Even while he masterfully manages his kitchen and the lives of those in and around it, Hercules harbors secrets—including the fact he is learning to read and he is involved in a dangerous affair with Thelma, a mixed-race woman, who, passing as white, works as a companion to the daughter of one of Philadelphia’s most prestigious families. Eventually Hercules’s carefully crafted intrigues fall apart and he finds himself trapped by his circumstance and the will of George Washington. Based on actual historical events and people, The General’s Cook, will thrill fans of The Hamilton Affair, as they follow Hercules’s precarious and terrifying bid for freedom.

“Brilliantly suspenseful . . . The General’s Cook offers a swift ride in the company of fascinating characters. Readers will never again see the first president in the same way, nor should they.” —Elizabeth Cobbs, New York Times–bestselling author of The Hamilton Affair 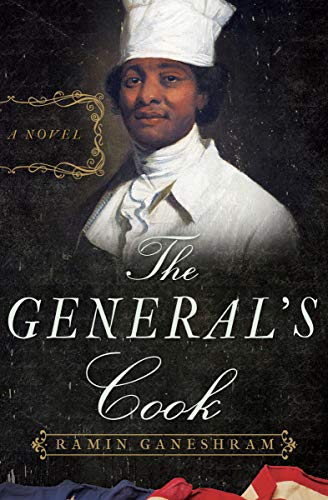 Nonfiction
Back to Top