How Cities Work: Suburbs, Sprawl and the Roads Not Taken

What is happening to our cities? Why do our metropolitan areas -- our true cities -- combine such disparate environments as old downtowns and sprawling conglomerations of lookalike subdivisions, mega-freeways and "big box" superstores? And why, most of all, don't they feel like real communities? In this hard-hitting, highly-readable book, Alex Marshall take a reader on a journey through the modern American landscape. Along the way, he argues a simple thesis: that the transportation systems we choose -- our highways, train lines, airports and bike paths -- determine the form and character of our communities. These infrastructure decisions, Marshall says, are more important than zoning, growth controls and building design, the usual stuff of public debate. In the book, Marshall explores four very different urban environments-the decentralized sprawl of California's Silicon Valley, the crowded streets of New York City's Jackson Heights neighborhood, the controlled growth of Portland, Oregon, and the stage-set facades of Disney's planned New Urbanist community, Celebration, Florida. In addition, Marshall talks about the changing roles of government, community and the suburb. His timely book will be important reading for a wide public and professional audience. 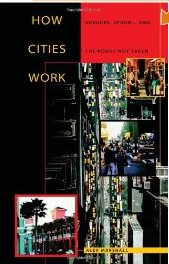 Research & Studies
Technology and Engineering
Back to Top