Hyperboreal originates from diasporas. It attempts to make sense of change and to prepare for cultural, climate, and political turns that are sure to continue. The poems originate from the hope that our lives may be enriched by the expression of and reflection on the cultural strengths inherent to indigenous culture. It concerns King Island, the ancestral home of the author's family until the federal government's Bureau of Indian Affairs forcibly and permanently relocated its residents. The poems work towards the assembly of an identity, both collective and singular, that is capable of looking forward from the recollection and impact of an entire community's relocation to distant and arbitrary urban centers. Through language, Hyperboreal grants forum to issues of displacement, lack of access to traditional lands and resources and loss of family that King Island people—and all Inuit—are contending with. 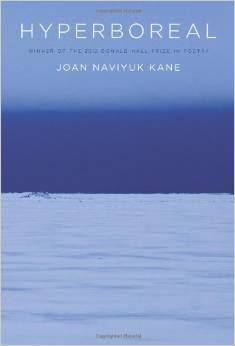 Poetry
Back to Top