Located in Rochester, New York, Eastman Kodak was one of the world's leading manufacturers of photographic film for 125 years. Following the company's declaration of bankruptcy in 2012, photographers Alex Webb (born 1952) and Rebecca Norris Webb (born 1956) traveled to Rochester to capture images of the city during the twilight of Kodak's existence. Memory City responds to the uncertain future of Kodak film as a medium by presenting a view of Rochester that reflects the city's prosperous past and current troubles. Usually known for his color work, for this project Alex Webb used his final rolls of Kodachrome--a color film now only able to be processed in black and white--to capture Rochester's fading grandeur. He also photographed the city's streets in digital color. Rebecca's photographs consist of color portraits and still-lifes of Rochester's women, both young and old, taken using Portra--one of Kodak's last films. For this publication, the artists have also created a timeline of Rochester's cultural history, tracing the evolution of the complex, once-vibrant city. 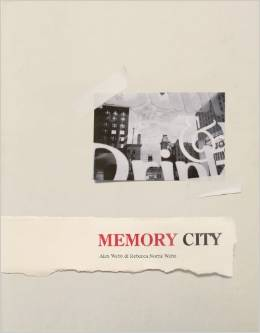 Architecture
History
Photography
Back to Top