Mohawks on the Nile: Journey of the Warrior Spirit

The inclusion of Mohawks and the Nile River in the same sentence seems a bit incongruous. American Indians in general and Mohawks in particular have remained relatively anonymous throughout contemporary American society. Joe Jacobs, whose mother was a member of the Kahnawake band of Mohawks near Montreal, Canada, gives insight into one of the most influential American Indian tribes in the histories of Great Britain, France and the United States. He brings to life the Mohawk people of his ancestry by drawing a parallel between the history of the Kahnawake Mohawk people on the banks of the St. Lawrence River and his own contemporary reflections and professional journey. That history is filled with the notion of balance between what it means to be a Mohawk in a culturally alien white Canadian and American society. Just as the Kahnawake Mohawk high steel workers balance themselves on the steel beams of the New York City skyscrapers that make it the iconic city it has become, this is a story of one Mohawk who traversed the divide. 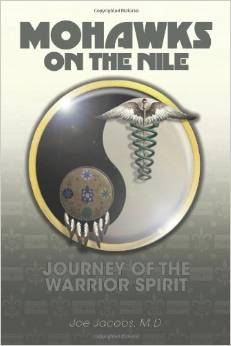 Memoir
Back to Top