In Search of the Triune God: The Christian Paths of East and West

Under the broad umbrella of the Christian religion, there exists a great divide between two fundamentally different ways of thinking about key aspects of the Christian faith. Eugene Webb explores the sources of that divide, looking at how the Eastern and Western Christian worlds drifted apart due both to the different ways they interpreted their symbols and to the different roles political power played in their histories. Previous studies have focused on historical events or on the history of theological ideas. In Search of the Triune God delves deeper by exploring how the Christian East and the Christian West have conceived the relation between symbol and experience. 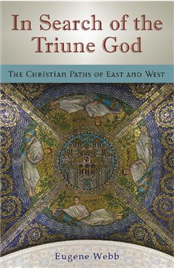 Religion and Spirituality
Back to Top