Stuck: Why Asian Americans Don't Make it to the Top of the Corporate Ladder

A behind-the-scenes examination of Asian Americans in the workplace

In the classroom, Asian Americans, often singled out as so-called “model minorities,” are expected to be top of the class. Often they are, getting straight As and gaining admission to elite colleges and universities. But the corporate world is a different story. As Margaret M. Chin reveals in this important new book, many Asian Americans get stuck on the corporate ladder, never reaching the top.

In Stuck, Chin shows that there is a “bamboo ceiling” in the workplace, describing a corporate world where racial and ethnic inequalities prevent upward mobility. Drawing on interviews with second-generation Asian Americans, she examines why they fail to advance as fast or as high as their colleagues, showing how they lose out on leadership positions, executive roles, and entry to the coveted boardroom suite over the course of their careers. An unfair lack of trust from their coworkers, absence of role models, sponsors and mentors, and for women, sexual harassment and prejudice especially born at the intersection of race and gender are only a few of the factors that hold Asian American professionals back.

Ultimately, Chin sheds light on the experiences of Asian Americans in the workplace, providing insight into and a framework of who is and isn’t granted access into the upper echelons of American society, and why.

“Stuck lays bare the ways both subtle and overt racial discrimination keeps Asian Americans from reaching the highest levels of professional life. Margaret Chin’s extensive interviews with professional second generation Asian Americans shows how Ivy League credentials and hard work cannot overcome the ‘bamboo ceiling.’ This sensitive, insightful and ground-breaking work uncovers the impediments that keep second-generation Asian Americans from the very top jobs, and shows that America is not the meritocracy many believe it to be.”- Mary Waters, John L. Loeb Professor of Sociology, Harvard University

Margaret M. Chin is a Professor of Sociology at Hunter College. She is the author of Sewing Women: Immigrants and the NYC Garment Industry (Columbia University Press). 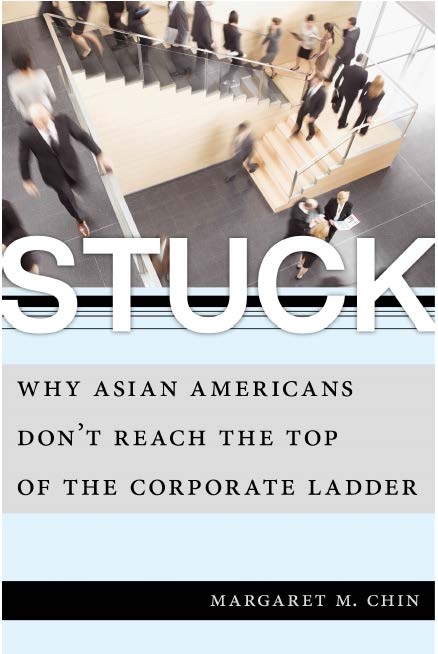 Research & Studies
Back to Top